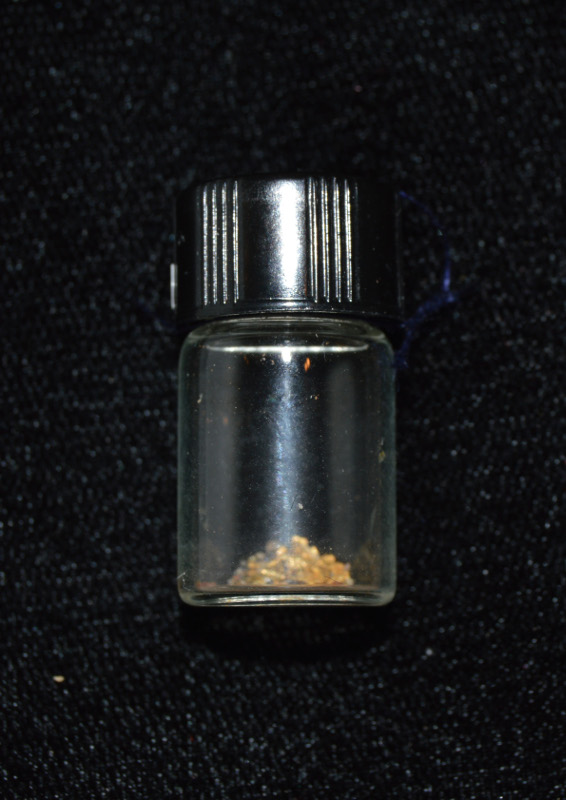 There’s gold in them thar Pennsylvania hills, but if you want to find it, look to the streams.  Streams and rivers transport gold that has worn out of rock formations. The heavy gold tends to collect in slow spots in the stream. Although most gold in PA lies in the northern counties, where glaciers brought it down from Canadian ore deposits, gold flakes and nuggets have been found in the Susquehanna River and its tributaries. Gold was also sometimes found while searching for iron. The iron mines in Cornwall (Lebanon County, PA) produced more than 60,000 ounces of gold.

Gold-bearing deposits of sand and gravel can be sifted by various methods, including a prospector’s pan, which allows the lighter material to wash away from the gold.  Don’t count on your prospecting to make you rich, though.  The gold in this small vial took about 6 hours of searching the LeTort Spring Run to find.

This Window will be on exhibit in the museum until May 2017.