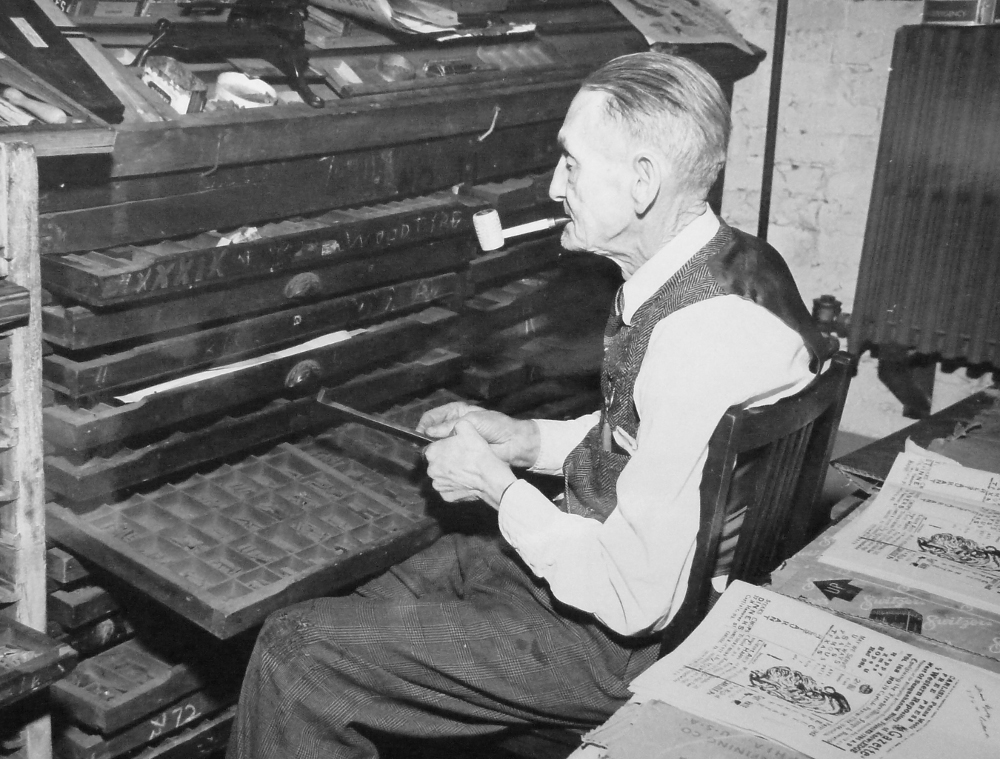 Regardless of his varied titles of printer, publisher, editor, attorney or federal agent, Tom Flagg was best known about the county as a “character”.

Thomas Flagg was born at Flagg’s Crossing, West Virginia in 1880. After graduation from high school he went to work in uncle’s print shop in Martinsburg, West Virginia. He later moved to Harrisburg, Pennsylvania where he took a printer’s position with the Patriot News. In 1907 he was accepted to study law at the University of Virginia in Charlottesville. By 1909 he had been admitted to the Virginia State Bar and hung out his shingle. Around 1910 he was recruited by the Federal BOI (Bureau of Investigation and predecessor to the FBI) and was in their employ for several years.

The year 1930 finds Mr. Flagg back working at the Patriot News in Harrisburg. After a short stay, he leaves and begins work as a printer with The Sentinel newspaper in Carlisle, Pennsylvania, where he remains until his retirement in 1945. Following his retirement, he decided to start his own newspaper, “The Free Press Weekly” operating out of a small print shop located on the Southeast corner of North Pitt Street and Locust Avenue. He continued the publication of his newspaper until his death in 1959.