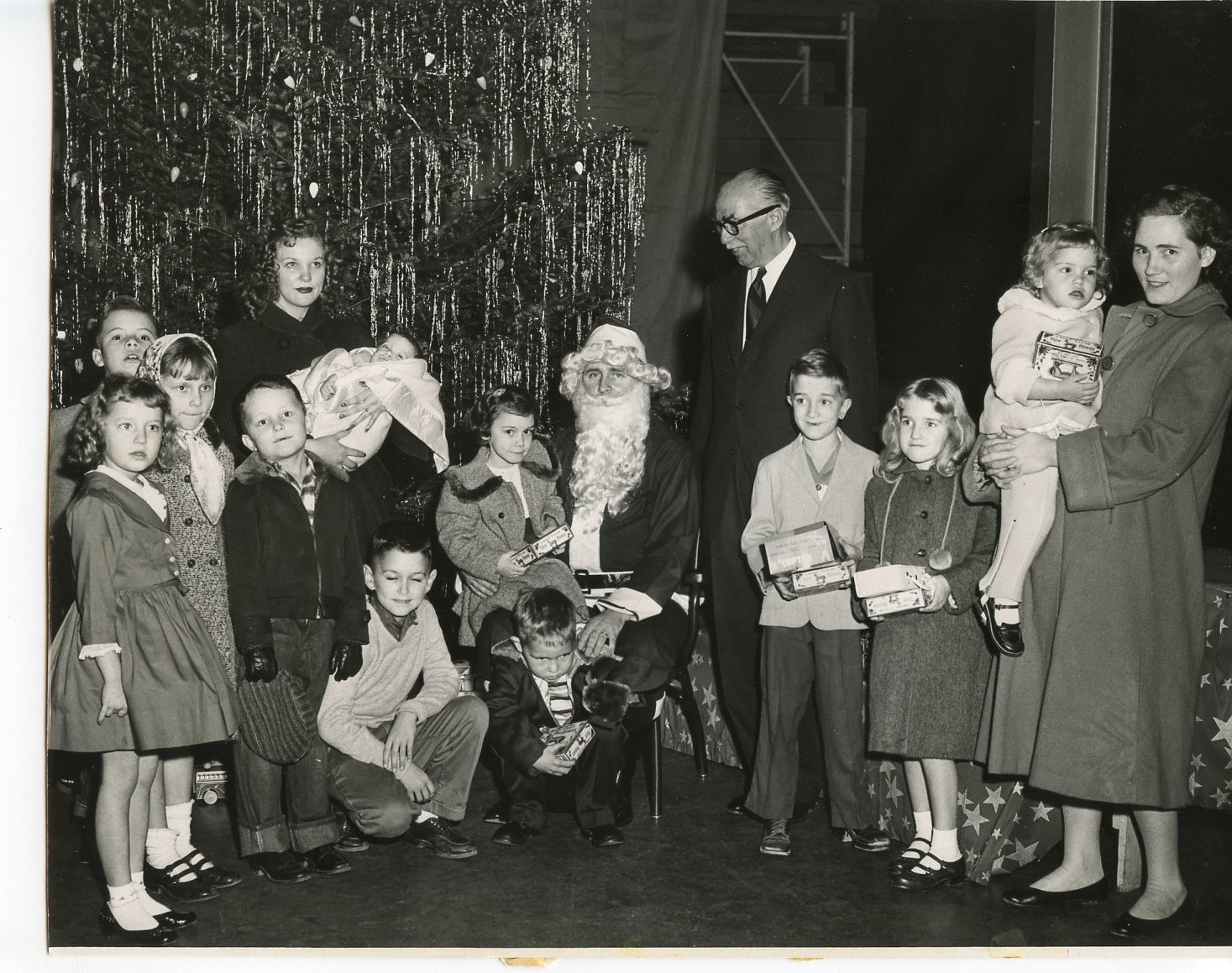 Published in the Newville “The Star and Enterprise” on January 9, 1869 this poem shows the downside of Christmas revelry.

‘Twas the night after Christmas, when all

through the house
Every soul was a-bed, and as still as a mouse;
The stockings, so lately St. Nicholas’ care,
Were emptied of all that was eatable there.
The darlings had duly been tucked in their
beds-
With very full stomachs, and pains in their
heads.
I was dozing away in my new cotton cap,
And Nancy was rather far gone in a nap,
When out in the nurs’ry arose such a clatter,
I sprang from my sleep, crying, “What is the
matter?”
I flew to each bedside-still half in a doze-
Tore open the curtains and threw off the clothes,
While the light of the taper served clearly to
show
The piteous plight of these objects below;
For what to the fond father’s eye should appear
But the little pale face of each sick little dear?
For each pet that had crammed itself full as a
tick,
I knew in a moment now felt like Old Nick.
Their pulses were rapid, their breathing the
same,
What their stomachs rejected I’ll mention by
name—
Now Turkey, now Stuffing, Plum-pudding, of
Course,
And Custards, and Crullers, and Cranberry-
sauce;
Before outraged nature, all went to the wall,
Yes-Lollypops, Flapdoodle, Dinner and all;
Like pellets which urchins from popguns let
fly.
Went figs, nuts and raisins, jam, jelly and pie,
Till each error of diet was brought to my view,
To the shame of mamma and Santa Claus too,
I turned from the sight, to my bedroom stepped
back,
And brought out a phial marked “Pulv. Ipe-
cac.”
When my Nancy exclaimed-for their suffer-
ings shocked her.
“Don’t you think you had better, love, run for
the Doctor?”
I ran-and was scarcely back under my roof,
When I heard the sharp clatter of old Jalap’s
hoof;
I might say that I hardly had turned myself
around,
When the Doctor came into the room with a
bound.
He was covered with mud from his head to his
foot,
And the suit he had on was his very worst suit;
He had hardly had time to put that on his back,
And he looked like a Falstaff half fuddled with
sack.
His eyes, how they twinkled! Had the Doctor
got merry?
His cheeks looked like Port and his breath
smelt of Sherry;
He hadn’t been shaved for a fortnight or so,
And the beard on his chin wasn’t white as the
snow.
But inspecting their tongues in spite of their
teeth,
And drawing his watch from his waistcoat be-
neath,
He felt of each pulse, saying- “Each little belly
Must get rid”-here he laughed-“of the rest,
of that jelly.”
I gazed on each chubby, plump, sick little elf,
And groaned when he said so, in spite of myself!
But a wink in his eye when he physicked our
Fred,
Soon gave me to know I had nothing to dread.
lie didn’t prescribe, but went straightway to
work,
And dosed all the rest, gave his trousers a jerk,
And, adding directions while blowing his nose,
He buttoned his coat; from his chair he arose,
Then jumped in his gig, gave old Jalap a whis-
tle,
And Jalap jumped off as if pricked by a thistle;
But the doctor exclaimed, ere he drove out of
sight,
“They’ll be well by to-morrow-good night,
Jones, good night.”