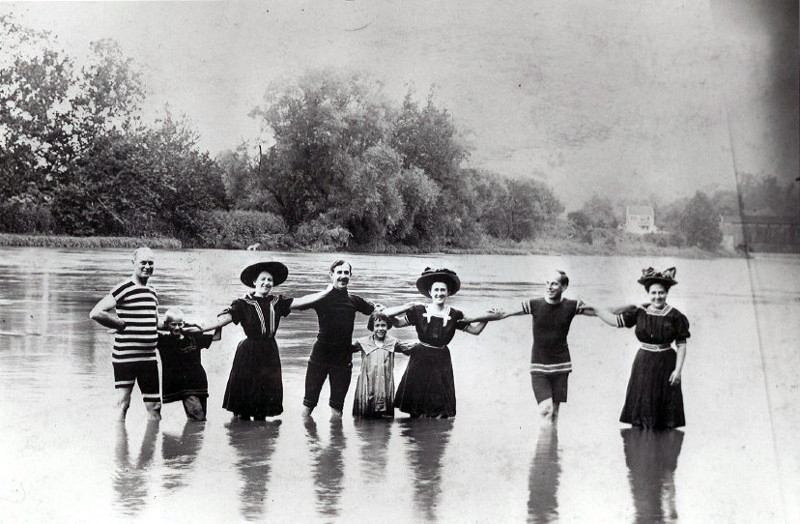 Ever wonder how the Williams Grove Amusement Park got started?  Back in the 1850s the Williams family began hosting large picnics on their property, located between Dillsburg and Mechanicsburg. The annual event grew so popular that a few people built summer cottages in the grove to extend their stay.  In 1872 when the Mechanicsburg & Dillsburg Railroad made access to the grove easier, the Grangers (a Pennsylvania farmers organization) decided to hold their annual interstate farm equipment exhibition at the site. The event was a huge success and skyrocketing train ticket sales caught the attention of the Cumberland Valley Railroad. CVRR made an offer to lease the property from the Williams and marketed the venue heavily for the Granger picnic as well as other organization gatherings.  The railroad company built a hotel, more rental cottages and camping sites, and improved the existing refreshment stand and merry-go-round which attracted greater numbers of people. Even the Grangers decided to expand their one-day event into a week-long exhibition. In 1923 the Richwine family bought the park and added more rides and a larger refreshment stand. By 1939 they bought an adjacent farm and opened the Williams Grove Speedway.

In 1972 the grove changed hands again.  Morgan Hughes, an amusement rides salesman, brought rides from his previous park in New Jersey and gave the entire property a facelift for the grand opening of a bigger and better amusement park. However, his business venture got off to a rough start due to Yellow Breeches flooding related to Hurricane Agnes. But as many of you know, he made a very good go of it and the park entertained local as well as further-flung families every summer until 2005.

This Window will be on exhibit in the museum until May 2017.