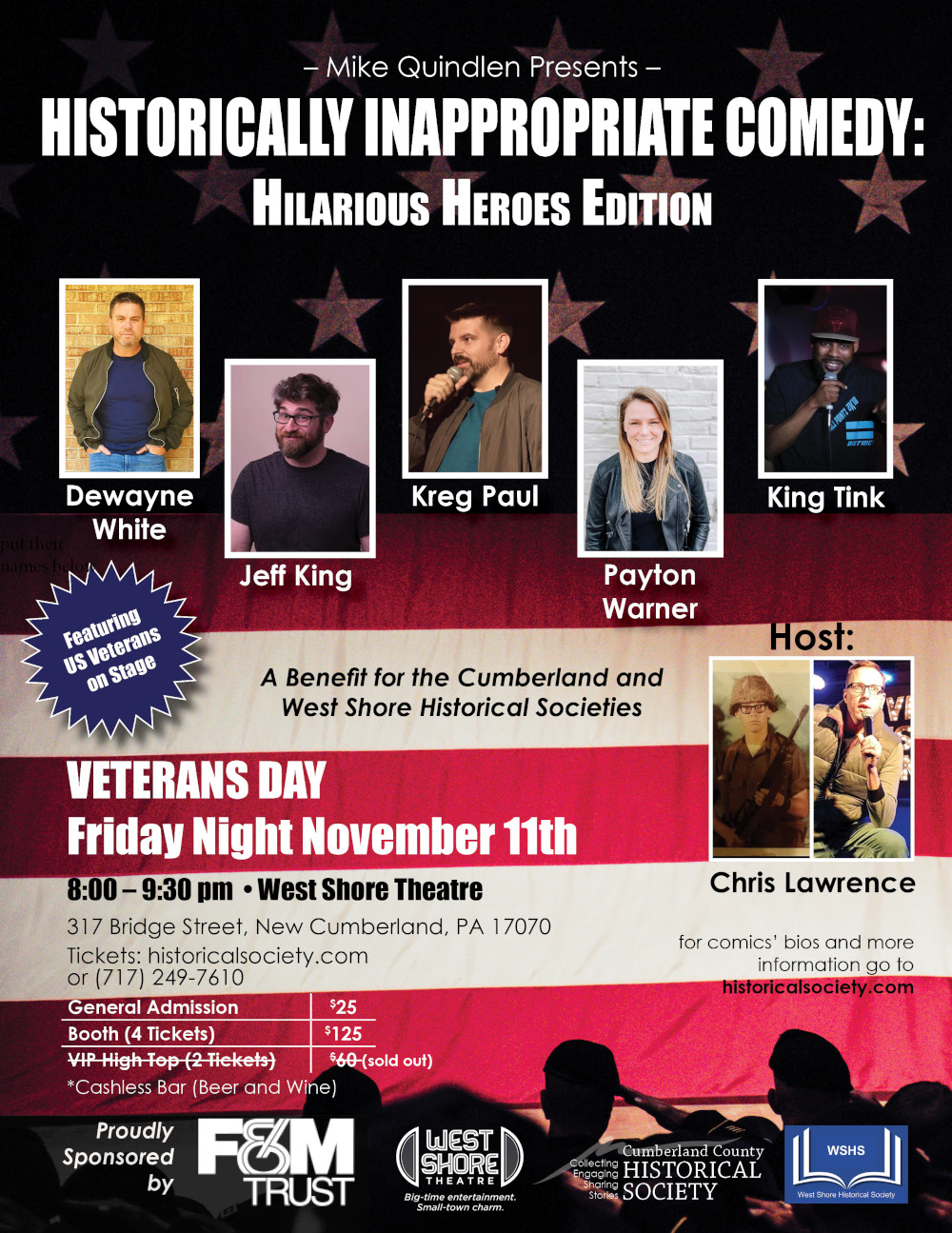 Comic Bios:
Host: Chris Lawrence was born in Berlin, Germany. The product of an Army dad and a German mother, Chris was destined to have a sense of humor. Chris had a front seat to his dad’s 20 year career as an infantryman, then ultimately a medical recruiter in Fort Meade, Maryland. Chris has been doing stand up for nearly 20 years performing in clubs and bars all over the DC/Maryland/Virginia area. He’s performed with some of the biggest names in comedy like Brian Regan and Chris Distefano.  His also performs with the Constituents, a group of comedians that perform politically-centric comedy lampooning political figures on both sides of the aisle.
https://www.facebook.com/christopheralaw – Chris Lawrence (@clawcomedy) • Instagram photos and videos

Dewayne White Dewayne is a DC-based standup comedian who performs all over the country. He’s a combat-wounded veteran who served in the Army for 23 years. His humor is drawn from his unique take on his military experience, his life as a husband and father, and the general craziness of life.
Socials:
FB/IG/TikTok: @whitedewaynecomedy
Website: www.dewaynewhitecomedy.com

Kreg Paul is a former paratrooper and Arabic linguist. He is an artist and a father, and a moderately functional adult who started comedy at almost 40 after finally building up enough trauma to have something to talk about. He hails from exotic Halifax, Pennsylvania and performs in the finest venues across the region (home club: Church of Satire, Hanover, PA).
Kreg Paul (@kregpaul) • Instagram photos and videos

Payton Warner is a Marine Corps veteran turned stand up comedian and writer. She got her start with the Armed Services Arts Partnership and now serves as an assistant instructor. Payton is also a co-owner of Wicked Comedy producing open mics on Monday and Wednesday nights and showcases all over the DMV.
Payton Warner | Facebook
Payton Warner (@paytonwarnercomedy) • Instagram photos and videos

Jeff King grew up in the DC area, went to college, then spent a couple of years in the military where he gained some new components but retained what could be called a sunny outlook. After retiring, he moved to Baltimore, got married, and has been performing stand-up comedy since 2019. He and his wife have a goofy Labrador named The Wudge. Jeff enjoys talking about life and culture from his oddball perspective. He has performed comedy at venues such as Magooby’s Joke House, the Lou Room at Zissimo’s, The State Theater of Havre De Grace, and a few VFW Halls.
Jeff King (@jefflonking) • Instagram photos and videos

Get your tickets here.