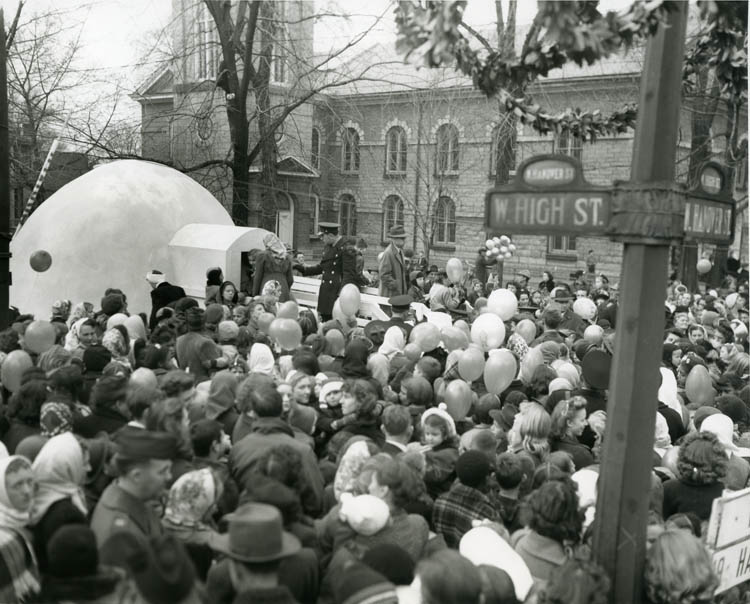 During World War II, Christmas activities in downtown Carlisle were scaled back. After the war, in 1947, special activities for children were started on the Public Square. Santa had an elaborate igloo on the lawn of First Presbyterian Church. He flew in at the Carlisle Fairgrounds and made his way to the square in a parade on a Hook & Ladder Fire Company Truck. 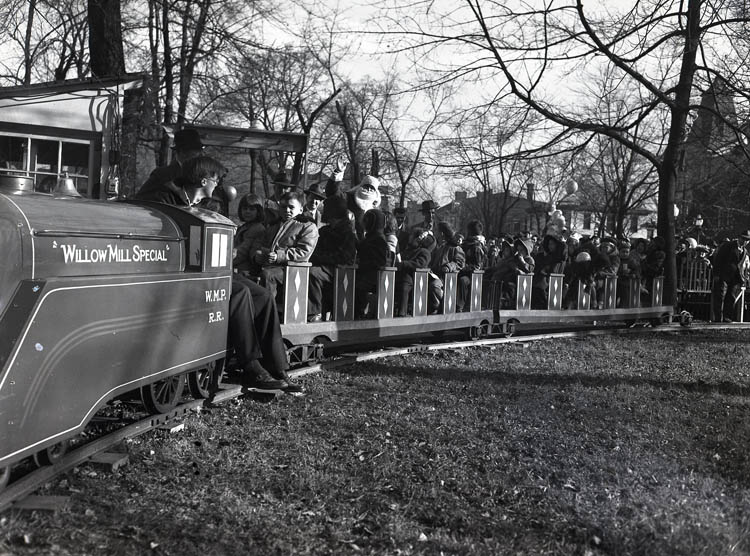 The igloo from 1947 did not survive, so in 1948 the feature was a train, Santa’s Toy Town Express. Santa arrived again by plane at the Carlisle Fairgrounds and made his way to the square in a parade. The train was located on the lawn of the First Presbyterian Church. It was moved from Willow Mill Park. It came with 600 feet of track and an 8-foot engine with a Model A Ford motor. It pulled two coaches that carried 12 children each. The passenger station was on the north-east corner of the church lawn. 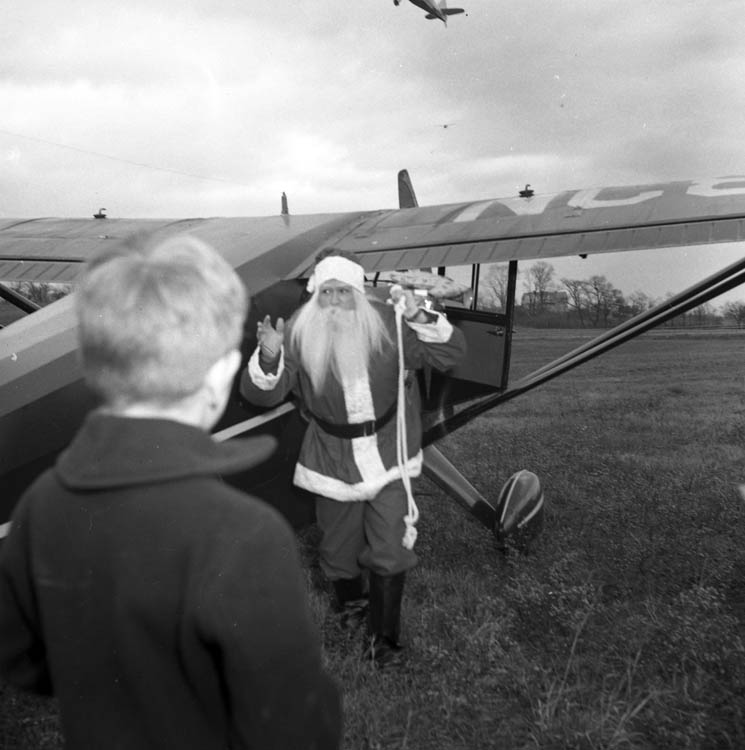 The train, the Toy Town Express, was again on the First Presbyterian Church lawn. Eleven miniature characters were featured at Santa’s Toyland. Unfortunately, Bambi the deer was stolen. Santa again arrived by plane at the Carlisle Fairgrounds. 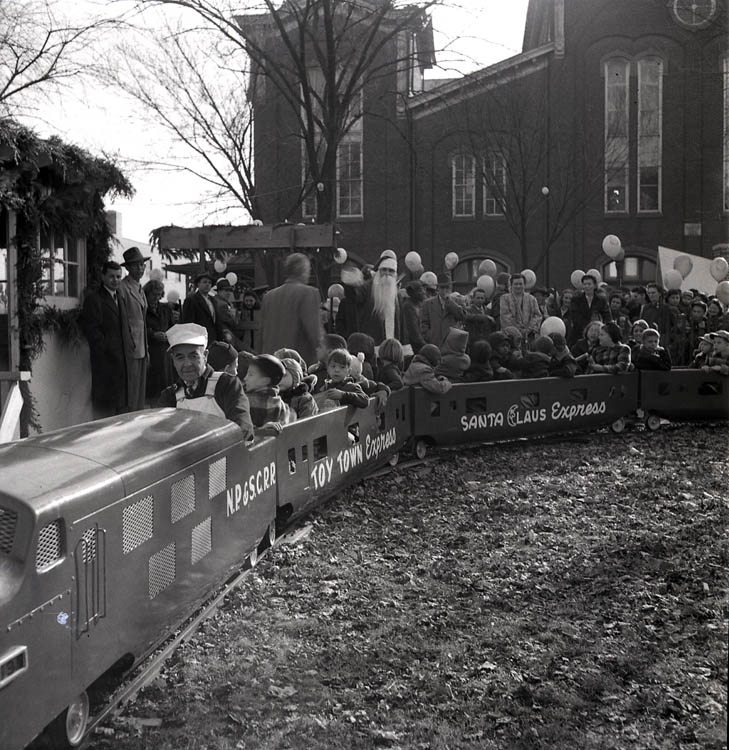 A train, the Toy Town Express, was back again but it was a different train at a new location, the lawn of Saint John’s Episcopal Church. Two of Santa’s live reindeer were also housed on the lawn. The new train was rented from Charles Patrick Conerty of Mt. Holly Springs. He was the owner of the U.S. Hotel in Mt. Holly Springs. The train had three cars and could hold 30 children.

The train, the Toy Town Express, was now located at the old market house site because the building had been demolished. The train was again supplied by Charles Patrick Conerty of Mt. Holly Springs. Because of the additional space, the track and ride were longer. A fence was erected on all four sides of the site. A large Christmas tree was also on site. Santa arrived that year by helicopter. 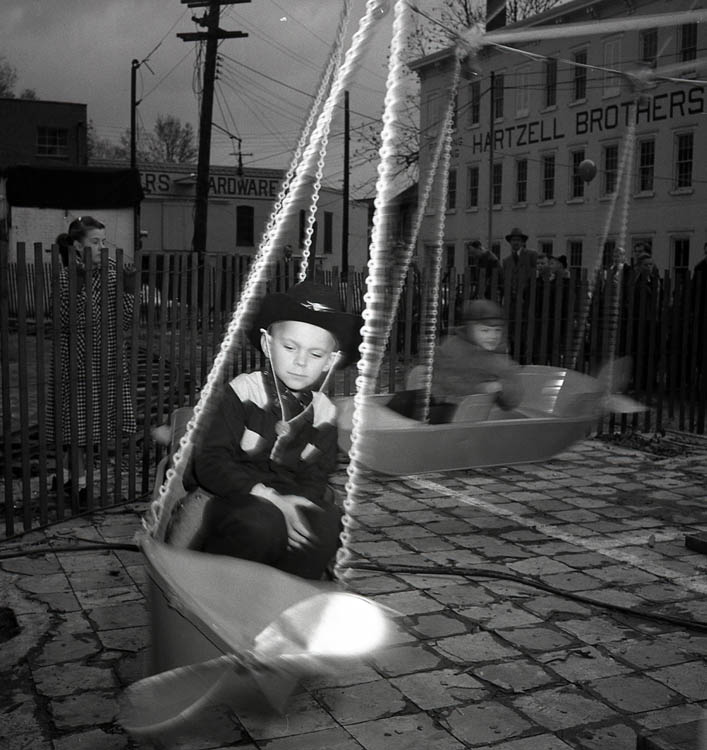 The Toy Town Express was back again with a Toy Town Airplane ride on the market house site. The rides were named the North Pole and Santa RR and Airlines. A large Christmas tree was also on the site. 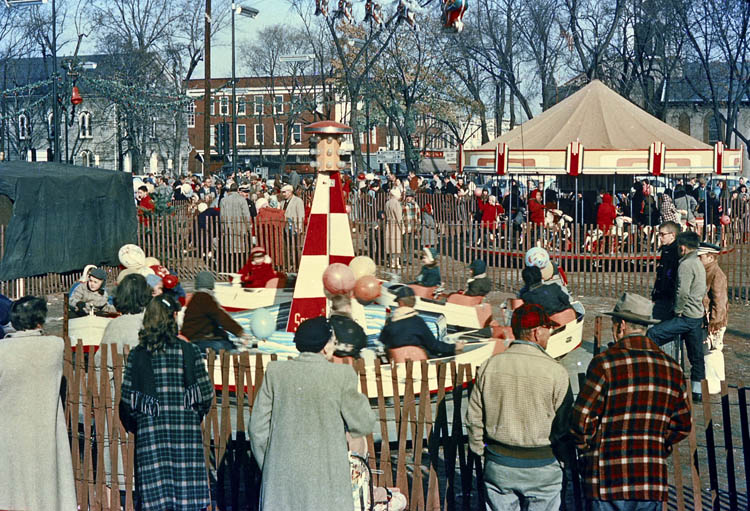 The train was no longer a choice because the provider, Charles Conerty, had died in August of 1954. For these years the free amusement rides on the market house site were a merry-go-round and boats (1955) and a bomber ride (1956). 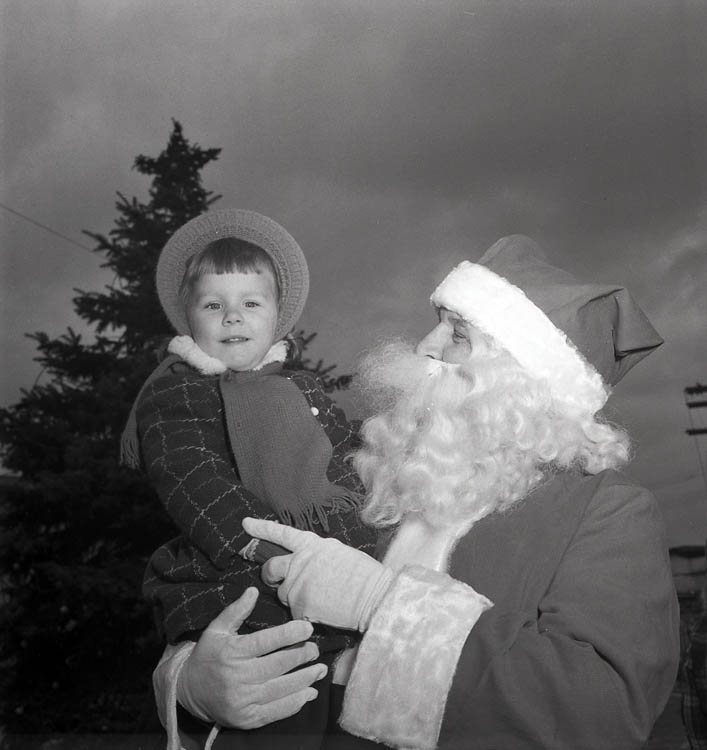 Santa arrived at the Fairgrounds by plane. Santa Claus had his castle on the market house site and a new 2-car train on 300 feet of track was the feature.

In 1959 the train was discontinued because of a “lack of interest by the children.”