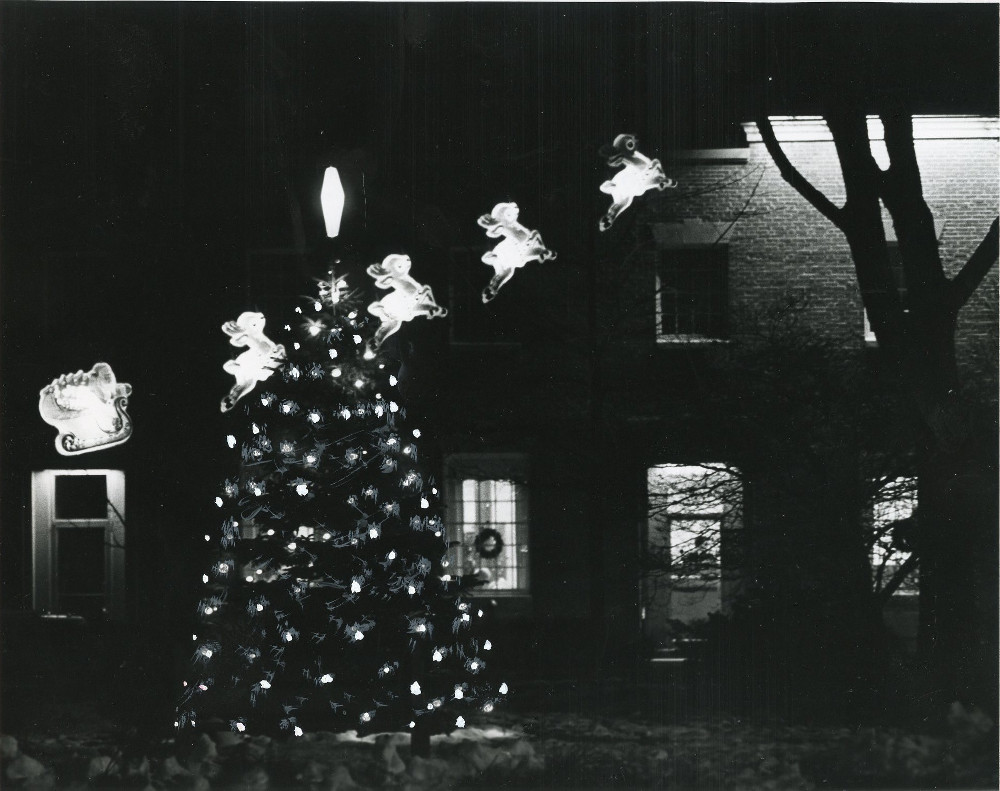 Twas the week before Christmas
And all through CCHS
The staff was all stirring
With no time to rest.

The pay slips were nestled all snug in Lucy’s folder,
Thanks to Jason’s email implorings.

The bus had returned with Kurt, Rob and Richard,
After they visited Jim Bradley for pictures.

The gallery was festive thanks to Peggy, Rachael and Mary.
But after the family day, a little bit scary!

When out in the parking lot there arose such a clatter,
Harriet looked out to see what was the matter.

Away to the library window Bev and Barb raced,
To see a big red truck squeeze in the last space.

With a little old driver so lively and quick,
It was either a patron,
Or someone parking for a lunch spot to pick.

He was chubby and plump, a right jolly old elf,
And Lynda laughed when she saw him in spite of herself.
A wink of his eye and a turn of his head,
Soon give her to know she had nothing to dread.

“I’m here to do research while I’m in town.
But Cara had just told us the computers were down.

When what to our wondering eyes should appear,
But Blair with the camera, an interview to hear.

To the elevator, to the basement, to the sound room they went.
Also with Lindsay your thoughts you can vent.
And laying his finger aside of his nose and giving a nod,
Oh the story he told.

Then when he was finished he gathered his things,
Went out the back door to give Kim a ring.
She filled up his bag with treasures and books,
Before he saw Matthew and gave the history center a look.

He then sprang to his truck, to the staff give a wave,
And away he flew, maybe searching for graves.

But we heard him exclaim as he drove out of sight,
“Merry Christmas to all and to all a good night!”

Saving a Story – Window to History