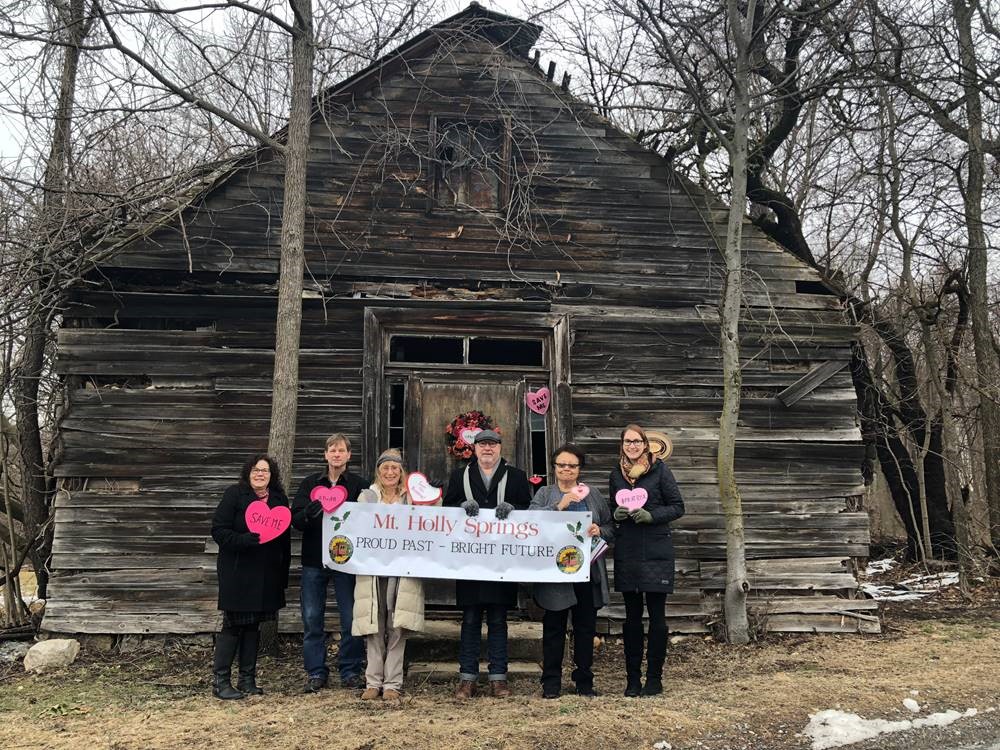 “The groups who submitted each of the places on this year’s list feel passionately about trying to save their local landmark,” said Mindy Crawford, Executive Director of Preservation Pennsylvania. “Though these are very different types of places, each represent the heart of a community.” This year’s list includes the oldest building in Nescopeck; a rare example of a tipple that serviced train cars, now part of a proposed heritage park; a log­style church built by a man who was once enslaved and the cemetery where he is buried with his fellow veterans of the Civil War; and a beautiful school building that is the heart of its community.

Common threats to historic resources include demolition; physical deterioration; inappropriate alteration; and compromised setting. A number of factors contribute to these threats, including development pressure, vacancy and abandonment, depressed local economies, and limited interest or financial capacity of property owners. Preservation Pennsylvania is committed to helping people protect and preserve Pennsylvania’s endangered historic properties and will provide free assistance to local advocates in an effort to preserve and rehabilitate these significant historic places.

In 1817, Christian Kunkle built a home using stone that was cut and dressed on Nescopeck Mountain and hauled by sledge to the site. Today, it is the oldest building in the area and a beloved local landmark. In the 1970s, local advocates convinced PennDOT to reroute a road project that might have demolished the house. Nescopeck Borough purchased the house with U.S. Department of Housing and Urban Development (HUD) funding which now complicates a potential sale to the Nescopeck Area Historical & Genealogical Society.

From 2008 through 2012, Preservation Pennsylvania worked with the National Trust for Historic Preservation and the United States Environmental Protection Agency on a program called, “Helping Johnny Walk to School: Sustaining Communities through Smart School Siting Policies.” This program encourages school districts to retain historic schools, to locate new ones in locations where a portion of students can walk or bike to school, and to use schools as a center of community activities beyond regular school hours.The Elmer L. Meyers High School, built in 1930, stands as a testament to the importance of continuing such programs. The school serves a diverse neighborhood, and is located in a central location that children can walk to. Based on feasibility studies that determined renovation costs were too high, the school will be demolished and replaced with a park. A new school will be constructed approximately four miles away. Wilkes­Barre Area Save Our Schools has been advocating for the school to remain in use or to become a community center.

THREAT: Physical Deterioration To look at the weathered boards, the hole in the roof, the crack in the foundation – you’d think that no one cares for this abandoned church. No congregation has used the Mount Tabor AME Church since 1970. Yet, to a community of concerned stakeholders, this building represents the history of a once­thriving African American community founded by freed people escaping the south. To octogenarian Harriett Gumby, it is something more personal; family history that connects her to her grandfather, Elias Van Buren Parker. Parker, once an enslaved person, built the church around 1870 and is buried in the cemetery, along with fellow veterans who served in the United States Colored Troops during the Civil War. As part of a project with the Greater Carlisle Heart & Soul Project, Harriett Gumby and her family brought to light a mostly undocumented history of the African American community in the area, for which the Mount Tabor AME Church and its cemetery is a vital link.

The tipple was built by the Pennsylvania & Erie Railroad in the early 1800s, and used to stock steam locomotives with coal, sand and water. The three­story concrete structure dominates the three­acre segment of the railyard donated by the Clinton County Economic Partnership to be developed as a park. An important part of the Renovo area’s railroad history, the park is located on the northwest portion of the former rail yards, an area that was once completely covered by railroad tracks. With continuing demolition of the Renovo railroad yards and buildings, and the pending construction of a gas­fired power plant on this site, the tipple will be the only remaining evidence of the existence of the Pennsylvania Railroad shops. Physical deterioration is taking a toll on the structure, from cracked and crumbling concrete to rusted metal components that need to be repaired or replaced.