The Patriotic Folk Art of Bruce Bistline – Window to History 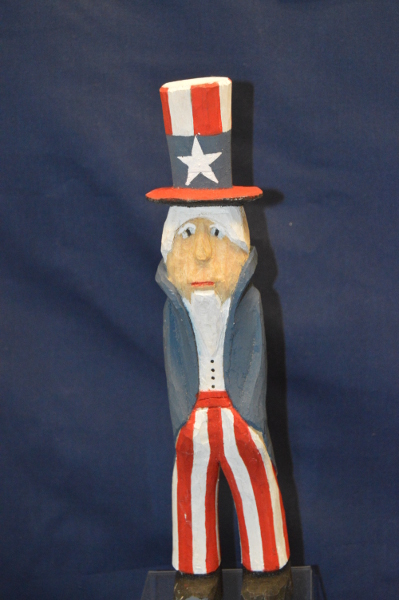 Bruce Bistline graduated from William Penn High School in Harrisburg. He left at age 17 to join the Navy. Bruce was first on merchant ships and later, on a Navy destroyer. After the war, he worked as a lineman for PP&L in Carlisle and Harrisburg and married his wife Bernita who lived in Shippensburg. At the age of 62 he retired from PP&L and took up wood carving. Using an old butcher knife and pieces of pinewood and basswood, he started to create such works as seen in this Window to History exhibit. To assist Mr. Bistline in his art (and possibly to avoid a mess), his wife Bernita constructed a special apron with a pocket for him so that he could carve and not leave shavings behind in their home.

All items are a gift from Bruce and Bernita Bistline

The Spanish Influenza of 1918 – Window to History