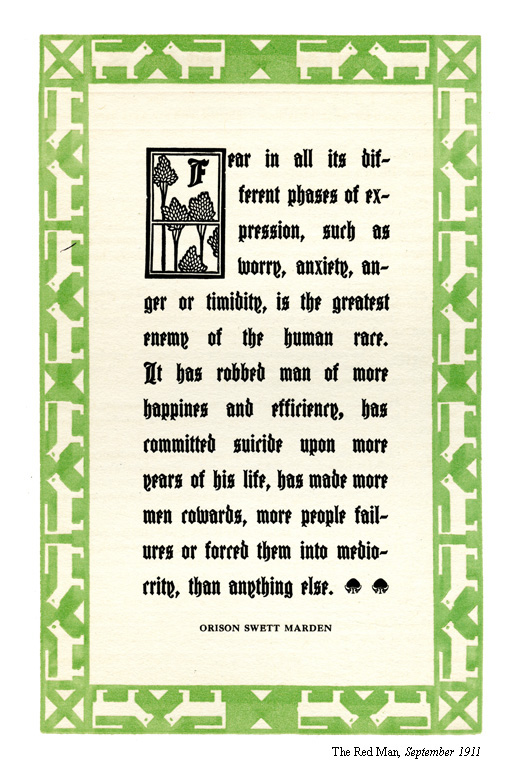 The inspirational quotes in this exhibit were printed in The Red Man magazine.  The monthly publication, written and published by Native American students attending the Carlisle Industrial Indian School (CIIS), usually included one or more of these quotes set off by a decorative graphic border.  Many of its readers cut the quotes out and framed them for continued viewing and inspiration.

Journalism and printing featured in the curriculum for students at CIIS.  Federally funded, the school focused on “re-fitting” Native American youth to the culture of the white man.  As you can see from reading the quotes, they often reflected the philosophy of the new capitalist nation.